Catch all the action while drinking and dining on the cheap 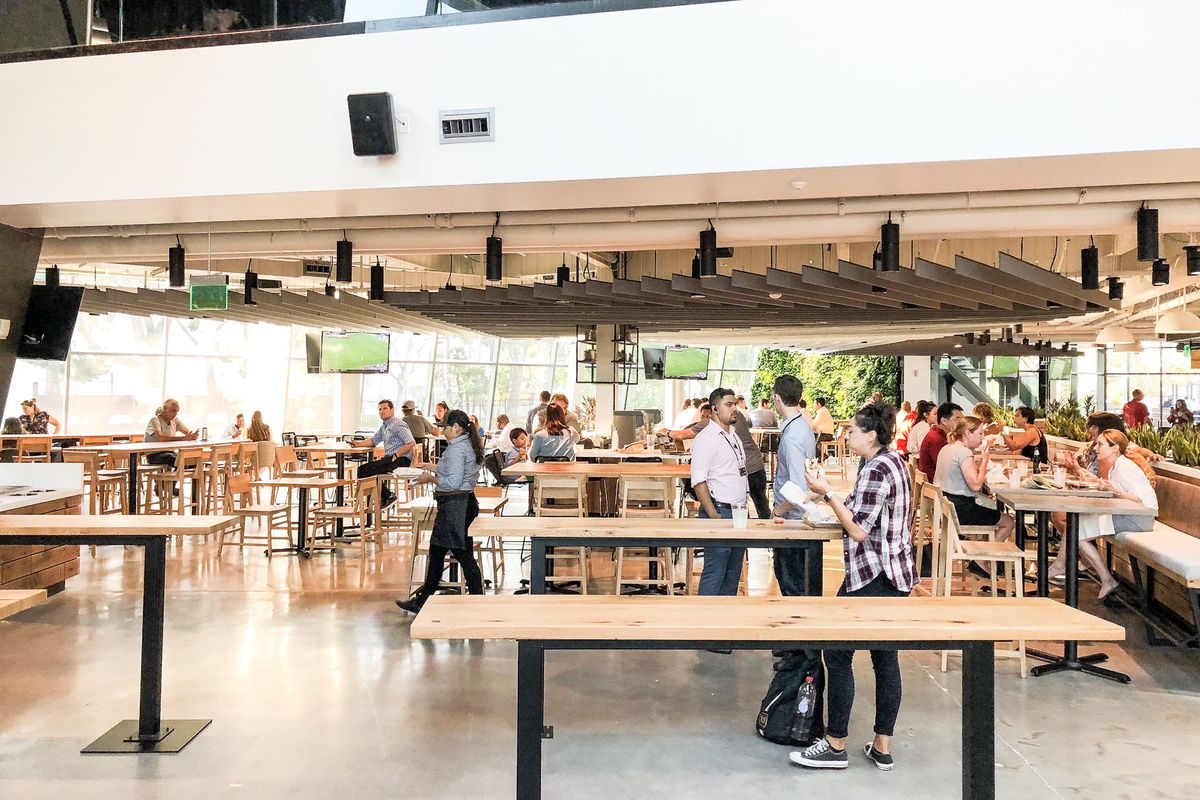 Despite a little rain over the next few days, Los Angeles bars and restaurants are still looking on the bright side of life with a variety of deals for the upcoming Super Bowl weekend featuring the New England Patriots and hometown heroes the Los Angeles Rams. Just about everyone is getting in on the action, from the painted-over Randy’s Donuts in Inglewood to Cal Mare’s 53-cent pizzas happening on Monday. Below is a list of great deals and game-watching available from bars and restaurants around town for the Super Bowl.

Need a place to just chill out, drink some beer, and watch the action from multiple TVs at a regular ol’ sports bar? A list of great options for that is available right this way.

Barrel & Ashes, the Studio City barbecue mainstay, is doing a $78+ ticketed event for the game, featuring drinks and a pig roast buffet with rib tips, wings, frito pie, hoe cake, and more. There will also be an a la carte additional menu, plus more drinks available.

Stella Barra Santa Monica is doing a brunch from 11 a.m. to 4 p.m., before the big game, where fans wearing their gear can get a gift card of equal value to the bill they rack up at brunch that day. Carry-out pizzas will also be available. 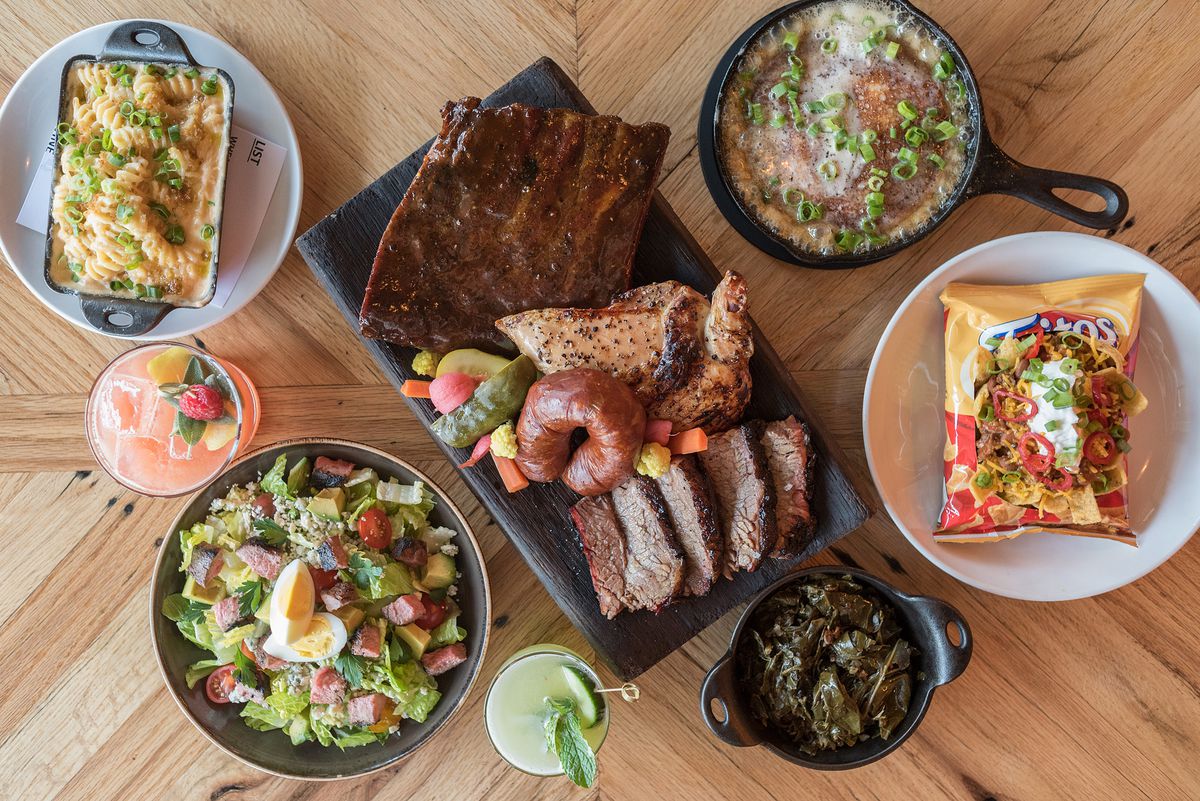 Khong Ten in West LA is doing a three-course prix fixe menu for $39, with additional happy hour pricing starting at 3 p.m. and the game on the big screen.

Rocco’s Tavern is still running their Eric Dickerson menu across all locations, including Pony Express pizzas and wings.

Nixo Patio Lounge near LA Live is doing a Super Bowl-themed menu, with options like braised lamb shank (aka “The Goat”) as well as a honey-habanero wings and beer combo for $18.

Woodley Proper in Encino is showing the game and serving $7 cheeseburgers, wings, $7 nachos, and $5 shot-and-a-beer combos.

Public School is opening all of its locations at 11 a.m. on game day and doing happy hour pricing all day. That means $5 pints and various bar snacks under $10, plus a coin flip contest when walking in for a chance to win a swag bag and 50% off the day’s tab.

Brack Shop Tavern in Downtown is selling tables between $75 and $150 for game day. The price includes some wings and pitchers of beer depending on the group size.

Baldoria in Little Tokyo will be doing bingo during the big game, with happy hour pricing ($3 beers, $7 old fashioneds) and other prizes. Any time a team scores, shots are $2.

Prank Bar in South Park is showing the game on a 7-foot screen, and will have $3-$5 cocktails during commercial breaks, plus group party games and a barbecue menu. 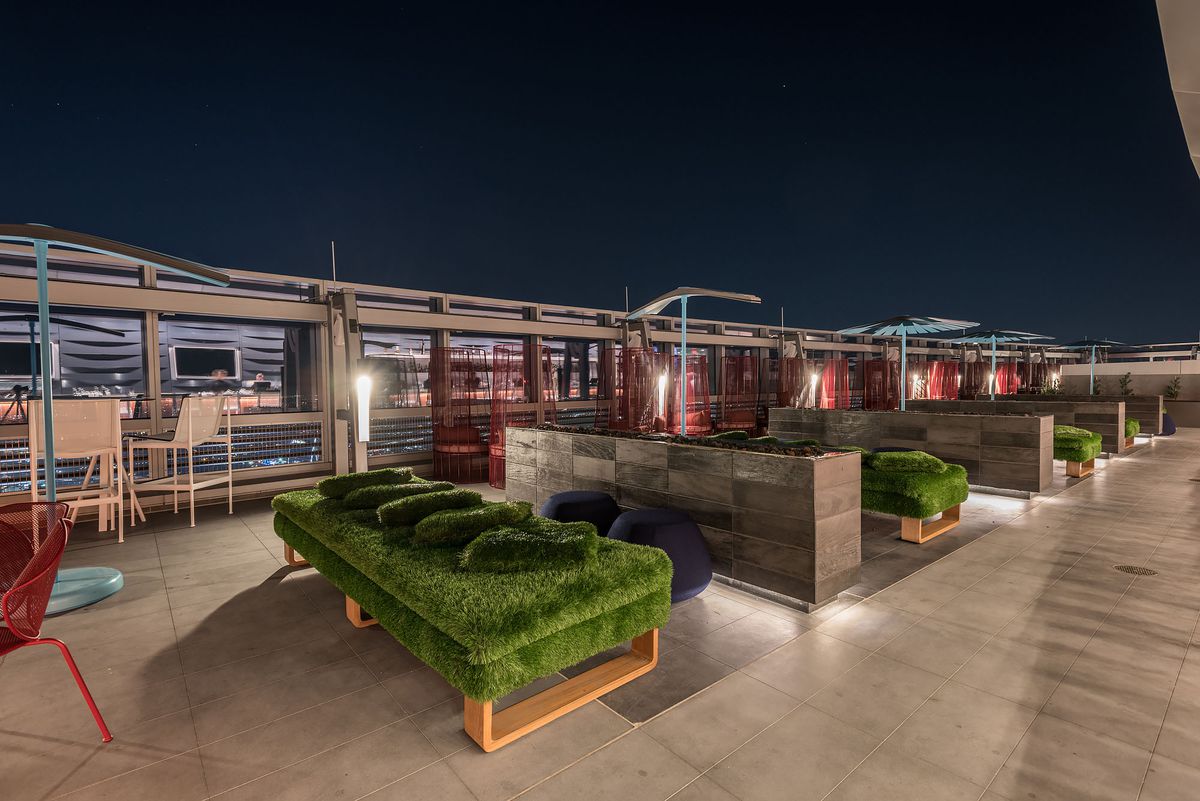 Boomtown Brewery will also be showing the game in Downtown. Look for $2 off their house-brewed pints and food from Republicue BBQ.

Imperial Western Beer Co. at Union Station is transit-friendly for those really wishing to drink, and comes with plenty of TVs to watch the game. They’ll also be doing raffles for $10 pitchers of beer, plus snacks and the like.

Spire 73, all the way up in Downtown, is doing a $25pp entry, which includes a three-beer bucket, food, and an afterparty with a DJ.

The Viceroy in Santa Monica is balling out with a $1,000 cabana package for groups that includes ten-dozen wings, a boatload of sliders, hummus, chips, and the like, plus dozens of beers and a dedicated space to watch the game.

The Abbey will be firing up their giant LED screen for the game, and offering $8 deals on beers and lots of hot dogs to go around.

The Fields LA food hall should be Rams central, considering it’s near the LA Coliseum. Wings are $1 apiece, beers are $4, and there will be plenty of vendors (and TVs) to choose from.The Best Places to Watch Superbowl 2019 in Los Angeles