May the new year be better than the last...

2018 proved to be another tough year for the city of Angels.

We watched devastating fires sweep across our hillsides. We struggled to build more homesto address an increasingly escalating crisis. We gasped as the Dodgers lost the World Series for the second year in a row.

But fear not, Angelenos, the future is bright! From the nearing completion of game-changing transportation projects, to the reopening of beloved cultural icons, to policies that will make the city more accessible to all, this will be the year that reaffirms LA’s role as the best place in the world to live—and these 19 things will make it even better.

1. Metro’s big bus plan. Promising nothing less than a total overhaul of the region’s bus network, Metro’s NextGen bus study intends to make sweeping improvements needed to reverse years of ridership declines. The 18-month study continues with 10 community meetings during January and February, with some major changes to be rolled out by the end of the year.

2. The Music Center Plaza reopens. Essentially untouched since 1964, the sweeping midcentury plaza between the Mark Taper Forum and Dorothy Chandler Pavilion will complete its $40 million renovation this year, welcoming a restaurant and wine bar as well as more seating and much-needed public restrooms. 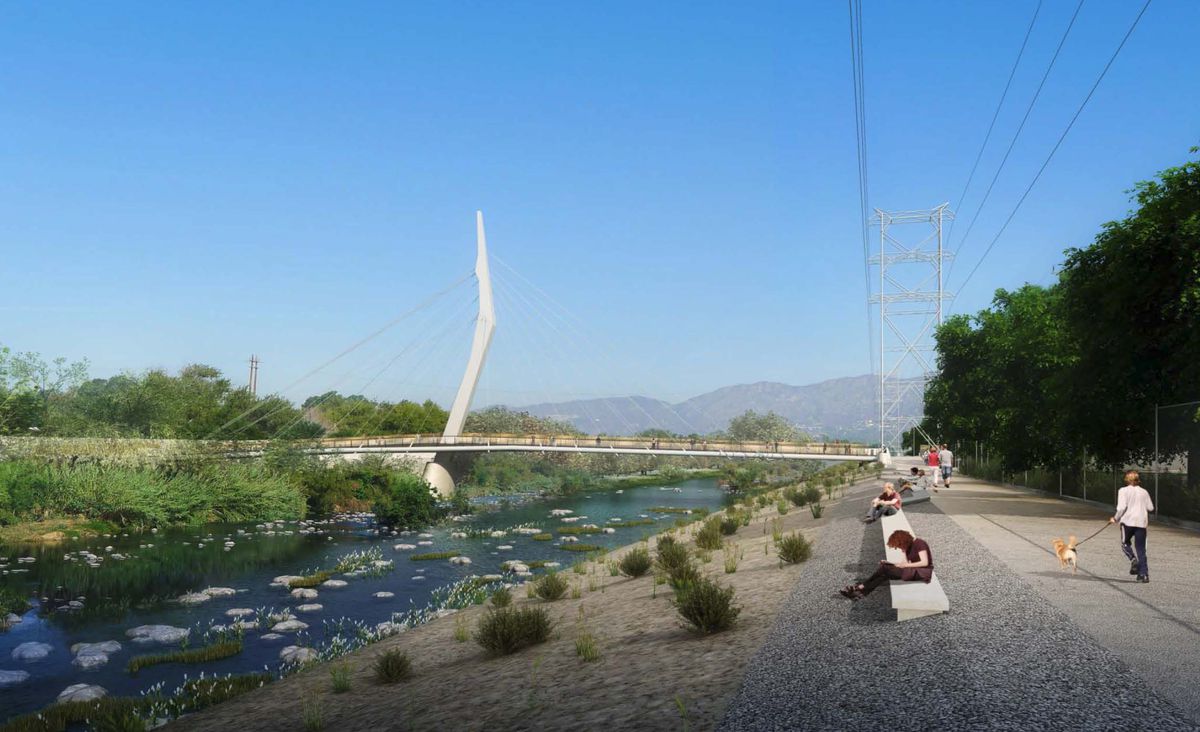 3. A new bridge over the LA River. Construction is already underway on a bridge over the LA River that will help pedestrians, cyclists, and horses get from Atwater Village to Griffith Park. (In the meantime, keep track of the ongoing river path closures.) It’s the first of three new pedestrian bridges planned for the river: An Elysian Valley-Cypress Parkconnection is also under construction; another will connect Glendale to Griffith Park. The Sixth Street Viaduct connecting the Arts District to Boyle Heights will be open next year.

4. Bosch is back. Based on former Los Angeles Times journalist Michael Connelly’s crime novels, the modern noir Amazon series features some of the most realistic depictions of LA neighborhoods.

5. More affordable housing near transit. Over 9,000 units have been approved by the transit-oriented communities program, which gives developers incentives for building within a half-mile of transit stops, and 20 percent of those units are set aside for low-income families. And now there’s the new approved Expo Line plan, which allows builders to add more density near five light-rail stations, including a tiny upzoned triangle-shaped pocket of West LA. It’s no Minneapolis, but it’s a start.

6. Tartine’s Manufactory. The crown jewel of The Row’s Arts District complex will finally open in 2019 with 40,000 square feet of coffee roasting, bread baking, and multiple dining options from the famed San Francisco bakery Tartine and Phoenix-based Pizzeria Bianco. Now if only The Row could do something about its transit-unfriendliness. 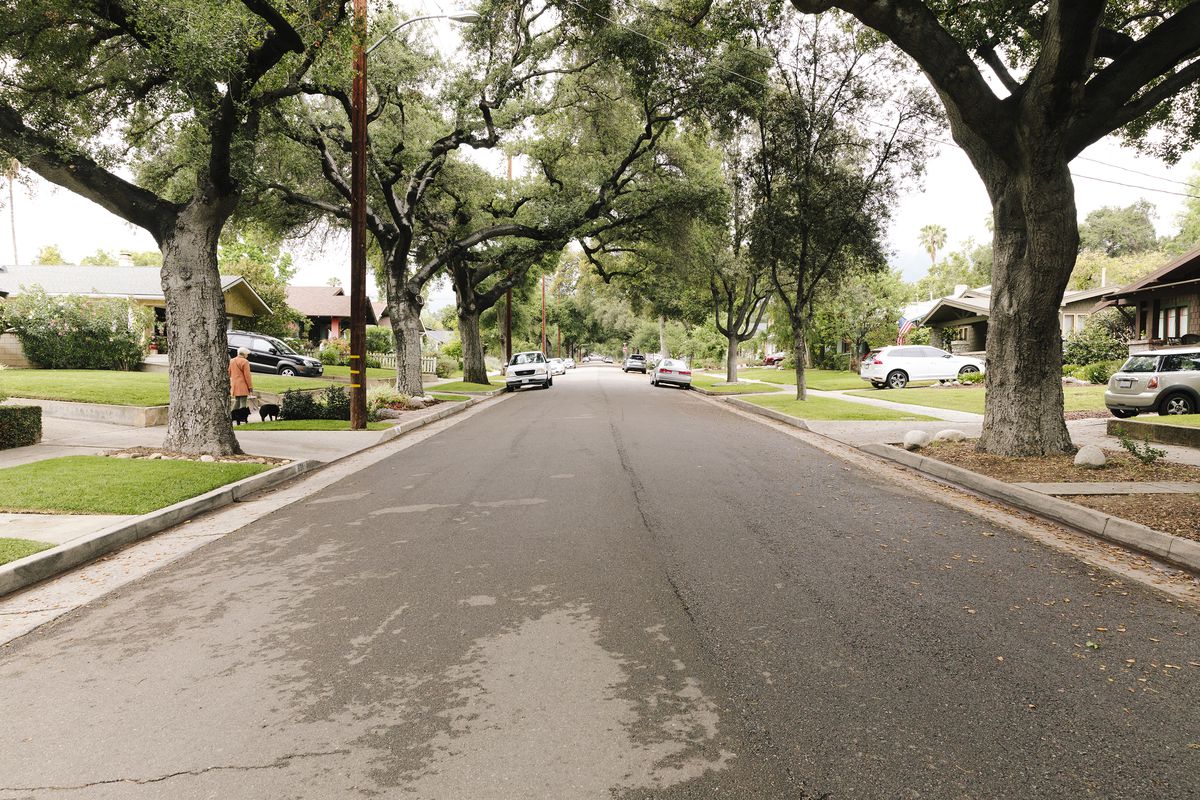 7. LA finally addressing its tree problem. It’s no secret that LA’s tree canopy is in serious trouble. In December of 2018 the city released a “first step” plan for a badly needed urban forest management plan and posted an “emergency” job description for a citywide forest officer. City leaders are also paying more attention to the problem: 14 ficuses slated to be chopped down will be saved, thanks to a hail-mary from Los Angeles City Councilmember David Ryu, and city foresters are demonstrating creative paving solutionsto keep mature trees while fixing sidewalks.

8. A film museum in an old department store. Set to open in 2019, a Renzo Piano-designed addition to the LACMA campus will host the Academy of Motion Picture Arts and Sciences museum in the former May building and a giant orb-like appendage.

9. Target Husk comes back to life—for real this time. Consider it a Christmas miracle. In the final days of 2018, a judge ruled that construction can resume on an infamously unfinished East Hollywood Target. Hopefully it starts with reopening the Sunset Boulevard-adjacent sidewalk that’s been closed for years.

10. More backyard cottages. Thanks to a streamlined permitting process and several local incentives, the city’s planning department estimates that over 5,000 ADUs were permitted in 2018—at least 15 times as many as the year before. That could make for a significant number of units to hit the rental market this year. 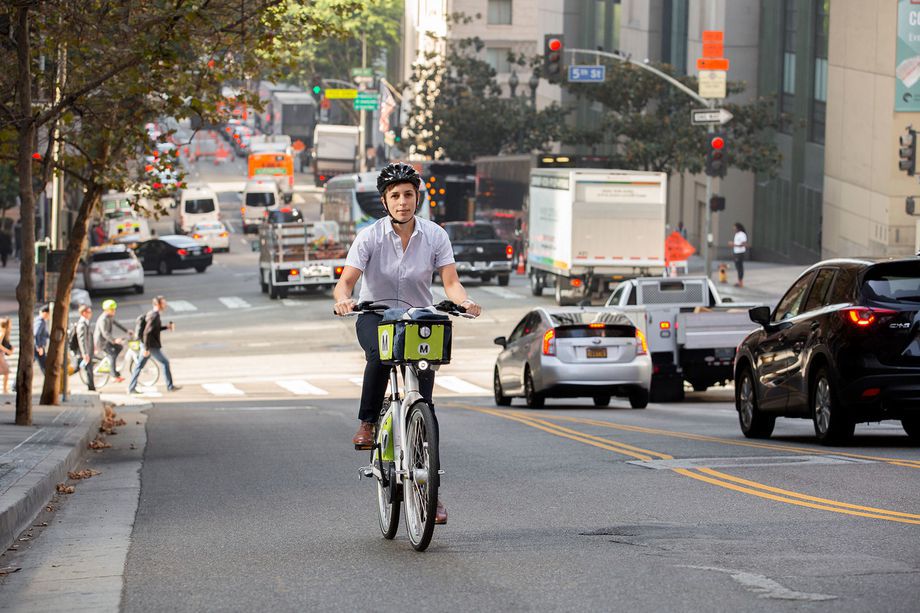 11. Electric bikes. At the end of 2018, Jump’s dockless electric bikes started to creep into city limits as part of LA’s new dockless permit system. Metro Bike also added a limited number of electric bikes to its system, and announced plans to expand bike share hubs into East Hollywood, Koreatown, Silver Lake, and Los Feliz. Scooters are great, but e-bikes could be a game-changer for LA’s hills and long distances.

12. Street vending for all. The legalization of street vending at the end of 2018 was a huge win for the sidewalk entrepreneurs who power the local economy. Rules went into effect January 1, and now the city will work to formalize the permitting and regulatory framework that will ensure LA’s vending culture remains vibrant, equitable, and widespread.

13. A revitalized Formosa Cafe. How many times have we been promised a proper overhaul of the legendary West Hollywood watering hole? This time it’s different, thanks to a painstaking restoration by the 1933 Group, the same people behind the Highland Park Bowl. Armed with a preservation grant and a focus on history, the hallowed space will live again.

14. Makeovers for six major streets. The city’s Complete Streets Program launched in 2018 with the announcement of a half-dozen street redesign projects meant to add safety features while reengineering the street to absorb stormwater and reflect heat. Most of the projects will be finished in the next 12 months, creating a model for how LA can future-proof its entire street network. 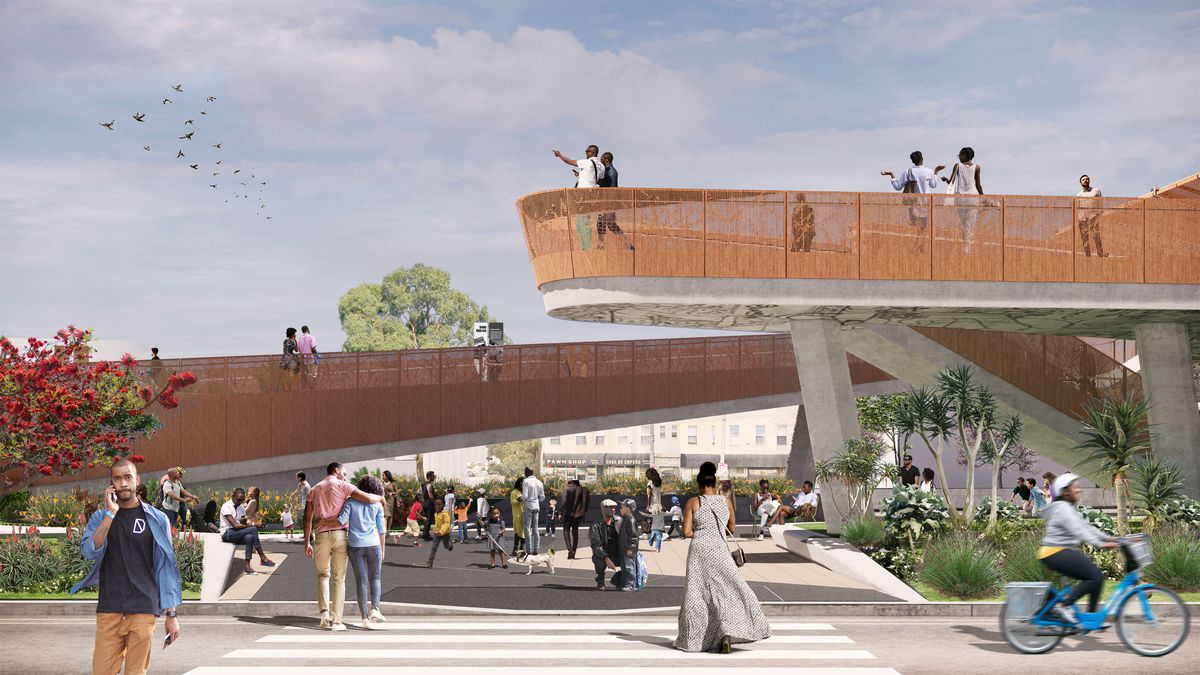 15. The almost-finished Crenshaw Line. Although it won’t open to the public now until 2020, the South LA line will officially be finished in December 2019. Plus this year will see all the final pieces being put into place, including Destination Crenshaw, a stunning public art installation celebrating black culture which will run 1.3 miles along the route.

16. A heads up when the next earthquake is coming. The earthquake early warning app that Mayor Eric Garcetti has promised LA just became available this week. And it’s not a moment too soon, considering there’s a 93 percent chance that an earthquake as big—or bigger—than the deadly Northridge quake will strike Los Angeles by 2037.

17. Tarantino’s vision of Los Angeles. For nearly a decade, Quentin Tarantino has been making Once Upon a Time in Hollywood, a story about the film industry in the ’60s and ’70s set against the Manson Family murders. This includes scenes where Tarantino meticulously transformed several blocks of Hollywood Boulevard storefronts and theaters into their 1969 incantations. 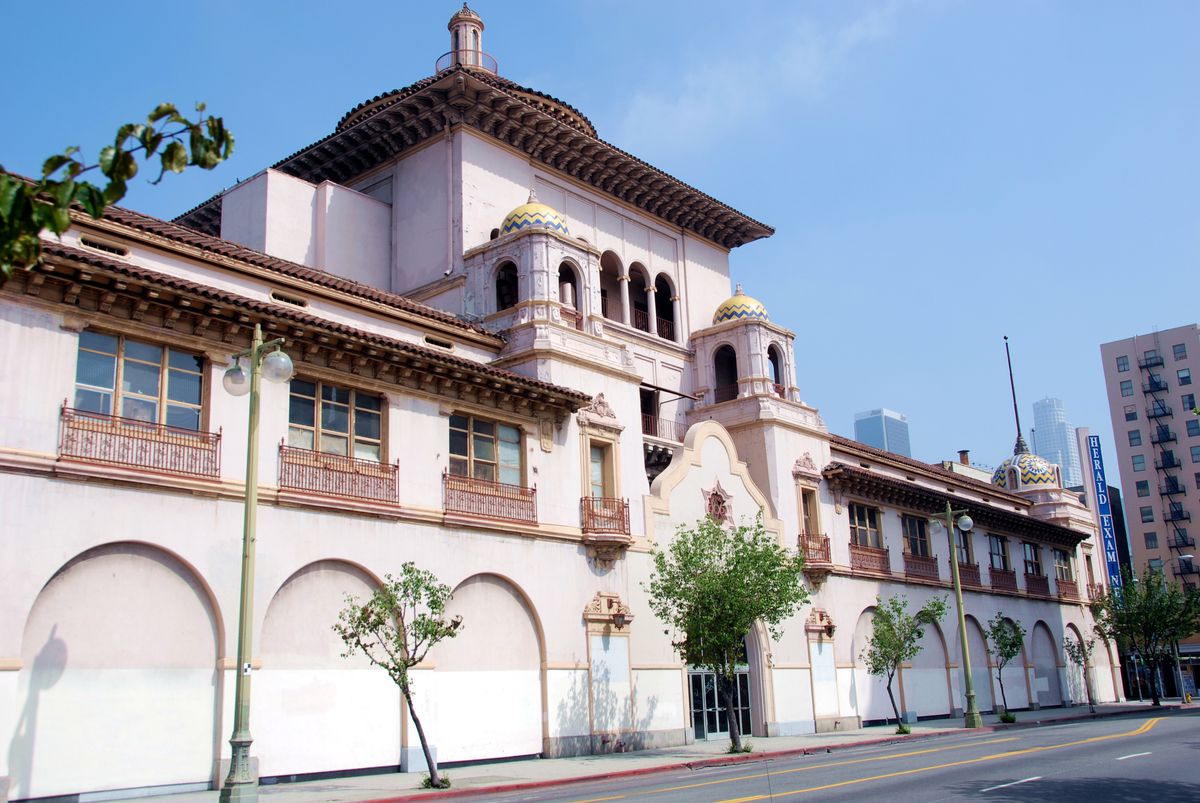 18. Getting back inside a Julia Morgan gem. Empty since 1989, the dazzling Mission Revival headquarters for the Herald-Examiner on the south side of Downtown will reopen this year after a makeover by Gensler. The Julia Morgan masterpiece—the same architect Herald-Examiner owner William Randolph Hearst hired to design his Cambria castle—will include two restaurants by Republique’s Walter and Margarita Manzke: One in the ornate lobby and another in the parade of arches newly opened to the street.

19. A nice walk to a baseball stadium. Why would anyone want to get there in slow-moving traffic, on a theme-park ride or through a hole in the ground? We’ve got the best weather, the best fans, and a ballpark in a 600-acre actual city park. A stroll to Dodger Stadium remains the best way to celebrate everything our city has to offer, preferably just before we claim that long-awaited World Series victory. But you could also do it this weekend to watch the sun set behind Downtown’s skyline—and help remind you just how good LA’s got it.